In this episode of the the EvenHack Hybrid Games, the hackers presented their best ideas for elevating hybrid event production value. Check out the presentations below, including the winning hack from Team Pakemany.

Creativity gets best expressed through constraints, and 2020 amplified this philosophy for most event planners and professional chefs. As both industries strive to connect with audiences while navigating social distancing restrictions, event planning pros Dana Pake, Executive Producer of MCW Events, and J. Damany Daniel, Chief Imaginator of The Event Nerd, believe it’s time to lean into the distance.

The pitch made by Team “Pakemany” during the hybrid event production round of the Socio’s EventHack Hybrid Games created a new type of hybrid networking event for the National Restaurant Association Show. Focusing on the NRAS seemed a natural fit as, much like event planning, those working in the restaurant business must perpetually adapt with the current COVID times to survive.

“So much of who they are aligns with who we are as an industry,” Pake said. “Why? They’re survivable and adaptable, just like us.”

The team described hybrid event networking that blurred the line between live and virtual sites. A keynote speaker, based in a central location such as Chicago, would use an XR stage with LED walls and floors. Satellite watch parties could happen simultaneously at venues around the country, conforming with each region’s social distancing standards. Virtual watchers would attend using event software.

Tapping into advanced holographic technology, regional chapter leaders would appear virtually on the main stage in Chicago, sharing concerns and asking questions about ingenuity, creativity, and adaptability within the industry. The team demonstrated how this could look using the League of Legends 2020 World Championship game as an example. A Zoom room for each chapter would display on the main stage’s LED screens.

The ultimate goal of the “Pakemany” team’s hybrid event? To change the relationship between speakers and their audiences, blurring the lines between live and virtual attendees, and enabling people to connect with keynote speakers in a new way, Pake and Daniel explained.

“We are not producing infomercials, we are producing experiences,” Pake said. “We are experienced designers who forge human connection.”

The team also proposed ways to enhance breakout experiences for participants. These included a choose-your-own-adventure interactive video, where the audience decided what should happen after a character accidentally spilled coffee on someone else, as well as panels inspired by existing TV shows such as Hot Ones and Chopped.

Another option included giving virtual participants access to audio-only sessions, so they could stretch their legs on a walk while ingesting new content. To cultivate shared experiences, the pair suggested interactive chef demonstrations. The virtual audience would dictate the ingredients the chef used for an entrée fed to the live audience.

“We really wanted to lean in, and create an experience that brought the association together by showing their similarities and shared experiences,” Pake said.

Judges asked how Pake and Daniel proposed dealing with the challenges of educating audience members on advancing technology, and keeping them engaged instead of distracted.

Daniel explained messaging would play a crucial part of educating live and virtual participants about new technology. Using TV as a baseline, event planners would spend time before an event explaining add-ons within the event technology, and the opportunities they offered audiences to engage with content.

On keeping audiences engaged instead of distracted, Daniel said they’d focus on storytelling that kept participants engaged, a lesson observed by the most-effective teachers.

“It’s about entertaining people, and in the process of entertaining, we educate,” he said.

Team “Pro/duction” provided a crash course in how to create top production values for hybrid events.

Production quality can make or break hybrid event networking, especially when only a quarter of the audience attends at a live venue and the rest virtually. The lights, camera, and sound elements provide a great starting point when evaluating production, but event organizers must consider several other key components, advised Nanci Gandy, Owner of Silverado Productions, and Taylor Lucherk, IT Executive at Silverado Productions.

Gandy and Lucherk’s team, “Pro/duction,” competed as part of Week 6 of Socio’s EventHack Hybrid Games, which focused on hybrid event production value. During their virtual presentation, the duo delivered a detailed checklist event organizers can use when planning, executing, and collecting data from hybrid events to ensure both live and virtual attendees feel included.

Live and virtual attendees seek great content, so it’s important each speakers’ messaging comes across clearly and professionally. In addition to compelling and concise content, optimal computer equipment, camera, lighting, and audio placement remain key to production value. Gandy and Lucherk suggested sending virtual participants easy-to-follow instructions, so they can set up technology on their end.

Don’t skimp on speaker prep, they warned, most of whom will shorten their presentations to around 20 minutes to accommodate the live and virtual audiences. Make sure they’re comfortable with teleprompters and other required production technology, so they’re able to speak naturally during the event or a recording. To keep the online audience engaged, consider using engaging websites and an event app to supplement presentations, the pair from Team Pro/duction advised.

Hiring experts to assist with the presentation technology and production can be expensive, so Lucherk suggested event planners look for experts willing to volunteer their time and services.

“Hire the pros, get creative, be interactive, and end with a Call to Action,” Lucherk said.

Plan to test your hybrid event technology ahead of time, Gandy and Lucherk emphasized as a crucial step in the production process.

Consider providing speakers with equipment kits they can set up themselves, with tools such as lavalier microphones that provide quality audio and clip easily on shirt collars. If you plan to use videos as part of a presentation, embed them as opposed to only including a link.

Above all, don’t forget to test the production equipment in advance. The four key elements of redundancy: Power source, hardware, network, and content, Lucherk stressed.

“Not only should they be resilient, they should be redundant,” Lucherk said of event technology.

To keep live and virtual audiences engaged, the team envisioned virtual booths, pre-packaged items, mini-commercial spots for sponsors, along with sponsored happy hours with drink kits sent to at-home attendees, polls for prizes, gamification, and swag boxes that can also be mailed beforehand.

Hybrid events would also feature breakout booths and chat rooms, where attendees posted pictures and talked with experts about products they’re interested in. Ideally, these would feature C-suite execs or other upper management-level experts, who can answer participants’ detailed product questions.

The “Pro/duction” team also suggested broadcasting the virtual audience at the live event, following the example of popular TV shows, such as The Voice and America’s Funniest Videos. The biggest challenge for event organizers? Finding the right balance of hardware and software to create an immersive and interactive experience.

Don’t Forget the Call to Action!

A Call to Action ranks as one of the most important, yet often overlooked, components of hybrid events, according to Gandy, who emphasized the importance of asking participants if they visited the virtual booths and requesting attendees post feedback about the event on social media.

Event organizers should then share that information with team members, and create a feedback channel that details all comments, lessons learned, speakers to invite to future events, and additional topics to cover.

Success starts with crafting solid objectives when planning a hybrid event, Gandy said. Otherwise, you can’t know the key takeaways you want your audience to receive.

In their virtual pitch for an imagined Google mobile tech user’s conference, Sidky and Turner promoted “amping up” the immersive experience for remote attendees through both augmented reality and virtual reality technologies.

Sidky, President of Health Care Event Planning, and Turner, owner of Nickel Concepts Event Management, envisioned meeting this primary goal and getting hybrid attendees excited by mailing the new Google Pixel 5 smartphone and Oculus Quest 2 headset to the virtual audience prior to the main event.

Use AR and VR for Gamification, Networking Opportunities

Turner and Sidky embraced AR and VR to enhance the event’s production value with gamification activities like an augmented virtual scavenger hunt. They suggested embedding QR and AR codes in the event platform to facilitate the hybrid event game.

In addition to mailing the VR headset and smartphone products to virtual attendees, they said companies could also include sponsored swag items in the pre-event boxes that were embedded with QR codes and multi-dimensional features. Attendees would see an alternative view of the physical items when observed through the VR headset or with the provided smartphone’s AR technology to gain a feel for the immersive experience prior to the actual event. In-person attendees would also get a chance to review their swag gifts on site, using VR goggles and AR technology provided for user product demos.

Team “Hack F/X” also described how they would use VR and AR technology to create engaging networking and entertainment opportunities during the conference, such as hosting a private concert with a popular musician, held in a wholly VR setting. Other ideas included an augmented reality business card and a VR networking room for at-home attendees, such as a pub or a cocktail party, with each person creating an avatar to attend the various sponsored events using the Oculus headset, Turner explained.

They proposed hosting the live portion of the product conference at the innovative PHI Centre in Montreal, which already hosts VR-enabled art installations by sending at-home attendees an Oculus headset for viewing. The Centre’s quality production setup offers the ideal environment, with adaptable lighting, sound, and screens designed for VR and AR experiences.

Despite the expense that comes with AR and VR production, Team Hack F/X promoted ways event planners could attract sponsorships and add value, such as delivering sponsors with high-quality leads generated through the augmented business cards and giving users access to their virtual product demos.

Through Google Pixel’s mobile-enabled location technology, sponsors could target local remote attendees on the event app, which would also add value to the attendee’s experience.

The team imagined using graphic recordings “on steroids” as another aspect to enhance both virtual and in-person experiences, and attract sponsors. Already popular with live events, virtual graphic recordings would allow the users to hover the Pixel 5 smartphone over the digital graphics to reveal a hidden digital layer with videos, web links, and additional images.

“It’s a great feature for sponsors, for gamification, and higher levels of information sharing,” Sidky explained.

When asked by the EventHack judges why event planners haven’t fully adopted VR and AR technology for hybrid events, the experienced presenters said cost remains the biggest hurdle, but that should go down as it’s more widely adopted.

“Cost usually is a limitation,” said Sidky, who explained the advanced technology gives event planners an opportunity to attract sponsors and offset the expense by offering them an opportunity to partake in a novel hybrid conference that’s different from the norm.

“You want to elevate that virtual experience by giving them something that is completely out of the box.”

Hacking the Future of Hybrid Events

Socio launched the EventHack Hybrid Games competition in mid-September as a way to collectively craft innovative hybrid event strategies for bringing together in-person and virtual audiences.

Every week, four new teams from top companies across the event planning, digital marketing, and technology industries presented their best hybrid event hacks to a panel of expert judges and virtual viewers who tuned in to gather new ideas.

Even though the series is now over, you can still check out every episode on demand!

And to learn more about how Socio’s event platform powers hybrid events, don’t hesitate to request a demo. 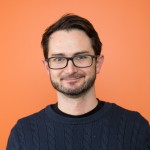