CEO of Amazon, Jeff Bezos once said, “In business what’s dangerous is not to evolve.”

Replace ‘dangerous’ with ‘lethal’ and that’s the outcome for many companies who failed to innovate. Remember Blockbuster? Sure you do, because they are just a memory now. Borders…more like boarded up.

In reality, everything is in constant transformation. Whether it’s virtual reality, live streaming capabilities or the use of sophisticated event apps, event planners are forced to stay up to date in order to deliver engaging and profitable experiences.

Here are our top 5 picks for Event Influencers to Follow:

Famously known as the creator of the Event App Bible, Julius Solaris is the editor of the Event Manager Blog, internationally known and geared toward event professionals covering the sphere of event planning and event technology. Recently, one of his campaigns with RS Components won Consultancy’s The Digitals for Best Multichannel Marketing Campaign.

CEO and Founder of Bizbash, David Adler started his career after launching a Washington society magazine at a young age. His leadership at Bizbash resulted in the largest media property in the events industry, with 1.5 million annual user sessions. In addition to his major contribution as one of the top event influencers, Adler has recently served in numerous volunteer roles with U.S. State Department, Global Chiefs of Protocol Conference, and the Diplomatic Culinary Partnership’s American Chef Corp.

As Founder and CEO of Endless Entertainment, Will Curran is no stranger to overseeing successful event production nation-wide. Named one of the 40 under 40 event industry leaders and 35 entrepreneurs under the age of 35, Will began his career in high school when he began his first company. He’s been taking events to the next level ever since. Follow Will to get his take on what’s happening with A/V, event marketing, Social Media, and technology.

More like the Queen of Event Planning! When you think of leading NYC event planners, superwoman Liz King, CEO of Techsytalk, a celebrated community of collaborative innovators in the events industry, is the first that comes to mind. She is also the Founder of Liz King Events, an event firm that plans conferences and meeting, branded events, and product launches. Famously known for forward thinking and high-caliber guest experience, Liz uses a mix of technology and creativity to plan the perfect event.

Talk about a young genius. Adam Parry is the Co-founder and Editor of Event Industry News (EIN) in addition to Co-founder of the Event Technology Awards. Experienced as an author, he has developed the news portal to gain access to the industry and provide an in-demand, interactive platform. He is also the Director of Event Tech Live.

So, if you’re lacking ideas and don’t know where to start, you have no excuse!

Make sure to follow our top 5 picks and check out how we can help take your event to the next level. Who knows, maybe you will be the next on the list. 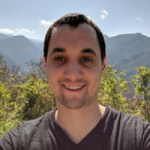 The best event venues in the United States